Founded in 1967 to meet the needs of new observation facilities on Maui and the Big Island’s Mauna Kea, the Institute for Astronomy is one of the world’s most influential and impactful astronomical research centers. The program studies the Sun, nearby planets, and stars in addition to interstellar objects. The astronomers working with the IFA utilize the 13 telescopes at the Mauna Kea site and the installations at Maui’s Haleakala to observe distant visible light as well as infrared and submillimeter radiation distant objects.

Due to the unique climate atop Mauna Kea and the nature of observing distant objects from the ground, the site is uniquely suited to astronomical observations and measurement. Due to the limited artificial light at the summit, the island’s position along equatorial latitude lines, low humidity and the area’s position above the inversion layer, the site is immensely popular and often assists in tracking objects such as planets, stars, and satellites.

The Origins of the Site

By the 1960s, NASA’s quest to land a man on the Moon was off to the races. Known as the Apollo mission, the effort required a tremendous amount of research and preparation, but finding an appropriate landing site was key. Leading the team was Dutch/American astronomer named Gerard Kuiper, who analyzed images obtained from Ranger probes that photographed the Moon’s surface in great detail. A former director of the Yerkes Observatory, Kuiper established the Laboratory for Lunar and Planetary Research at the University of Arizona in Tucson and began an effort to use infrared detectors as a method of planetary observation.

These infrared sensors, however, required precise conditions for optimal use. He needed three main things for an ideal site: an arid, dry environment, a location well above the normal inversion layer (to prevent cloud cover), and very dark nighttime conditions. Initially, he considered a site at Chile, but before he visited, he considered the Hawaiian Islands. After conducting several tests at the summit of Haleakala, he determined it was too far before the inversion layer, but he could see much higher mountains to the southwest.

Upon visiting the Big Island and the summit of the massive Mauna Kea, which sits nearly 10,000 meters above the ocean floor, he determined the site to be ideal – so much so that he convinced the governor of Hawaii to build a jeep trail up the mountain. After a few months of observations, he urged NASA to fund a large telescope project at the summit of Mauna Kea.

At the same time, a professor of physics at the University of Hawaii, John Jefferies, learned of the plan and submitted a proposal to NASA on behalf of the university, which was ultimately accepted over Kuiper’s plan. After a borrowed double-beam telescope was installed, Jefferies submitted a report to NASA and confirmed Kuiper’s suspicions that Mauna Kea was indeed an excellent astronomical site – especially in the infrared range of the electromagnetic spectrum.

The construction of a 2.24 meter telescope was completed in 1970, with support from the State of Hawaii to build a permanent road to the summit and establish electricity to the site as well as permanent housing and dining facilities for astronomers. It was then that the Institute for Astronomy was established, with Jefferies appointed as director. The organization would continue to support, fund, and collaborate foreign astronomical research efforts and the construction of many more observation facilities to come. 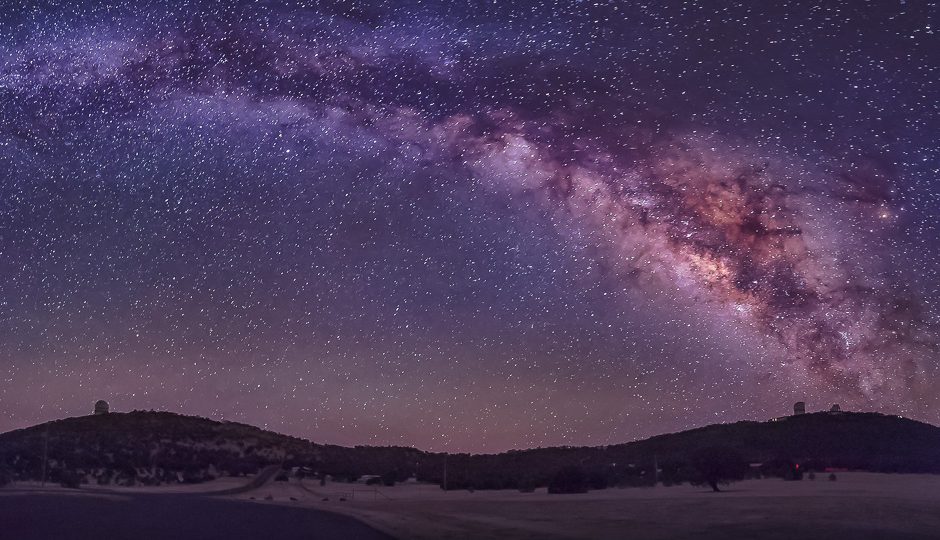 As development of the Mauna Kea site began to take off, community members in the city of Hilo began to raise concerns about the rapid construction at the summit, which Hawaii culture traditionally considered to be sacred. Furthermore, there was concern that local wildlife – including a variety of rare species of birds – may be disrupted and displaced by the new constructions. Some simply didn’t want bright white domes visible from the coast, calling them unsightly and starkly artificial in contrast to the mammoth slopes of the mountain.

Jefferies, taking up the defense of the sites, organized town hall meetings to help persuade residents in Hilo of the economic, social, and scientific benefits of continued development of the summit. Despite the concerns of the local population, development of observation facilities continued until 2014, when a proposed Thirty Meter Telescope – the largest at the summit – was challenged by a vocal group of Hawaiian citizens.

The project was nearly abandoned in 2015 after the Supreme Court of Hawaii invalidated the TMT’s building permits and all equipment was removed from the site. In September of 2017, after extensive public hearings, the Hawaii Board of Land and Natural Resources Approved the Conservation District Use Permit, so construction should start on the TMT in 2018.

Still operated as a research unit within the University of Hawaii, the IFA is lead by Gunther Hasinger and is headquartered in Honolulu at the University of Hawaii Manoa campus, with additional facilities at Pukalani, Maui and in Hilo, on the Big Island. Over 150 astronomers and support staff are employed by the institute, who conduct research into objects within our solar system as well as interstellar objects like stars, galaxies, and more.

The institute also organizes a free public stargazing event at the Visitor Information Station on Mauna Kea, hosts Astronomy Day, an annual education and outreach effort in Hilo, and supports ongoing education efforts throughout the state of Hawaii. It’s affiliated with the ‘Imiloa Astronomy Center at the University of Hawaii – Hilo campus, which features a planetarium, regular talks from guest speakers, and an exhibit that details the origins of the universe as well as the link between astronomy and ancient Hawaiian culture.

For all its splendor, Mauna Kea is a remote location without basic amenities like food and gas, so you will want to fill up and stock up before you go. 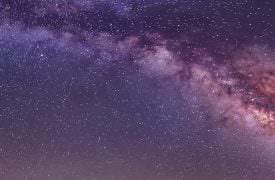 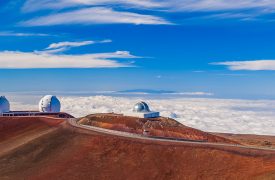