Among the most beautiful scenic locations in the world is Hawaii’s Big Island, making it naturally attractive to shutter junkies. And no matter your level of expertise behind a lens, it’s difficult to come away from a Big Island vacation without a few stunning photographs to call your own. Whether you’re carrying a smartphone, point-and-shoot, or a full-body DSLR, you’ll have plenty to be proud of if you hit these locations across the Big Island.

Laupahoehoe Point
A rugged and harsh coastline made up of lava rock and massive seaside cliffs, the angry surf prevents easy access to this incredible view, but the results will simply amaze. Positioned along the northeastern side of the Big Island, Laupahoehoe Point provides excellent angles from which to capture the sunrise.

Wawaloli Beach Park
Just south of the Kona Airport, Wawaloli Beach Park is an oft-ignored and rarely visited part of the Big Island, but not for lack of photogenic splendor. There are no signs directing you to the park, so visitors may have trouble finding it. However, those who traverse some dirt and lava rock roads, take note of the tide charts and mind their footing can get a glimpse of the remarkable Pele’s Well.

Lava Viewing at Hawaii Volcanoes National Park
Home to an active volcano erupting near-constantly since the 1980s, photographers who lug their gear across a few miles of lava rock enjoy gorgeous looks at nature in full creation mode. You’ll want the telescopic lenses for this one, though – depending on the direction and status of the current flow, the USGS may alter or close the viewing area altogether. Check the current lava flow status before you make the journey.

Helicopter Tour
A wise, though expensive alternative to trekking across lava fields is to sign up for an open-door helicopter tour across the Big Island to see lava flows, expansive deserts, lush rainforests, and waterfalls from the air. These will provide the best views of the current active lava flows, but again, you’ll want that long lens in your kit.

Rainbow Falls
Approximately 16 miles south of Akaka Falls State Park (which is also well-worth a visit), Rainbow Falls is a gorgeous 80-foot waterfall that creates rainbows in the mist and after rainfall. Aside from the stunning views available via the nearby viewing platforms, there’s also Hawaii’s largest Banyan tree in the nearby Wailuku River State Park that lends itself perfectly to wide-angle lenses. 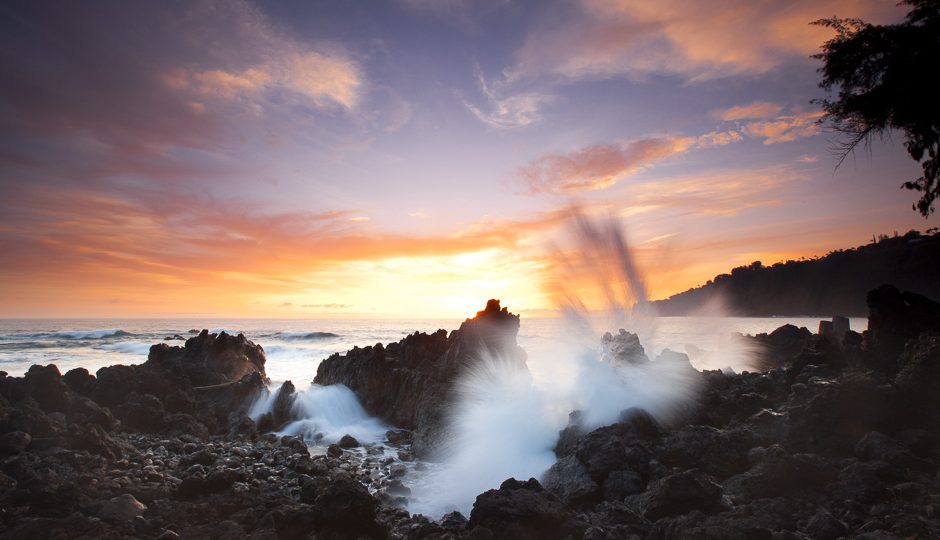 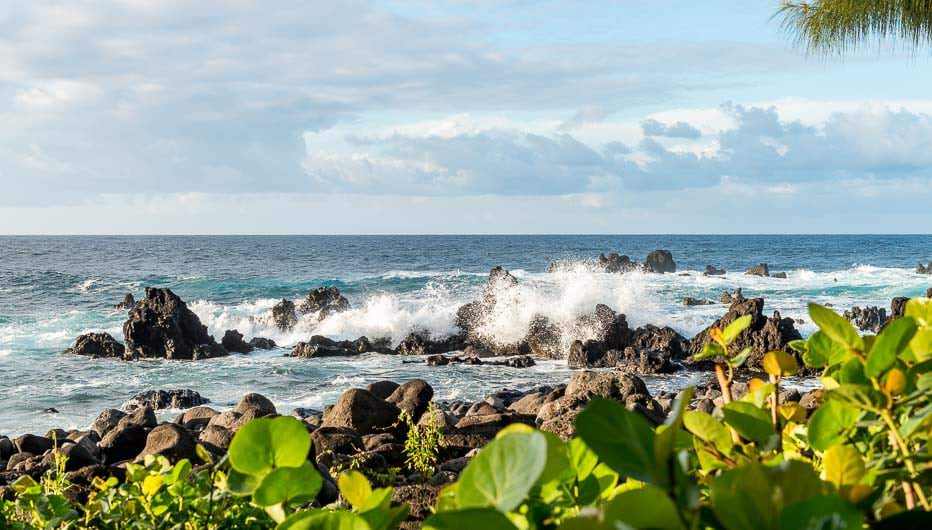 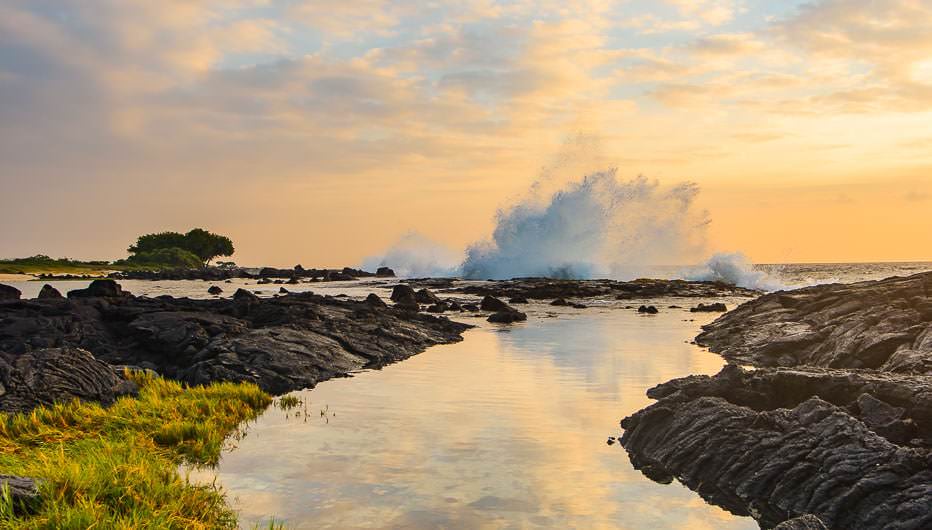 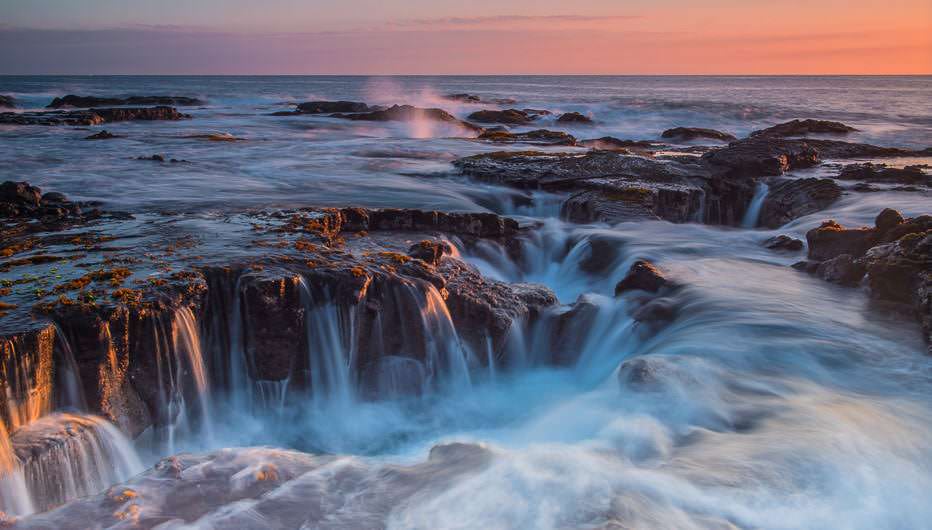 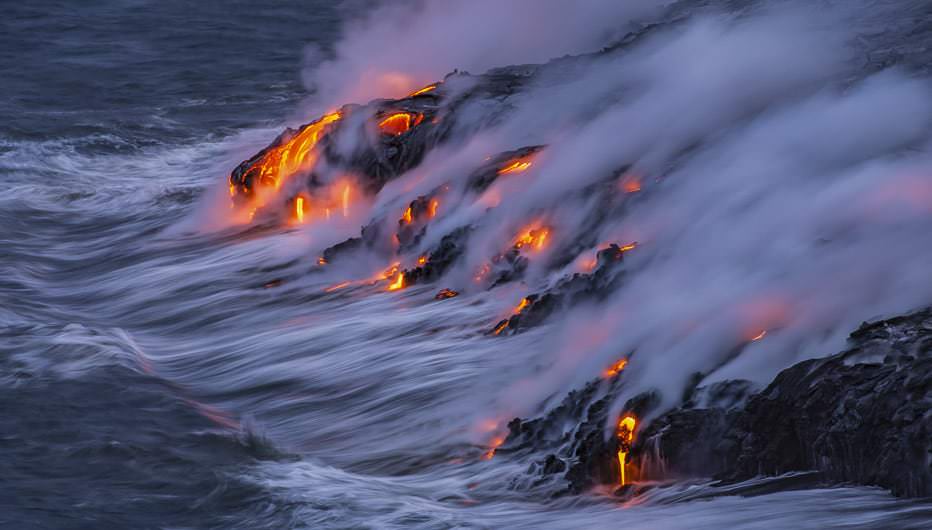 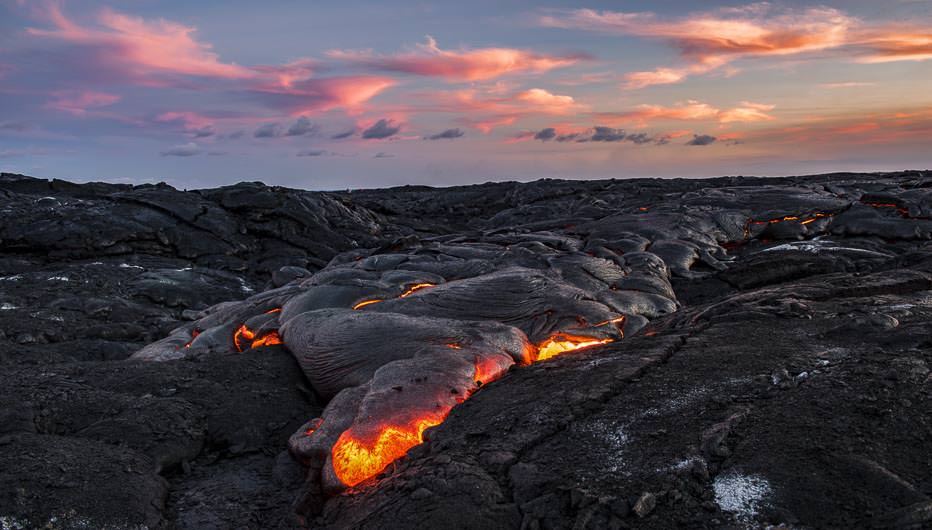 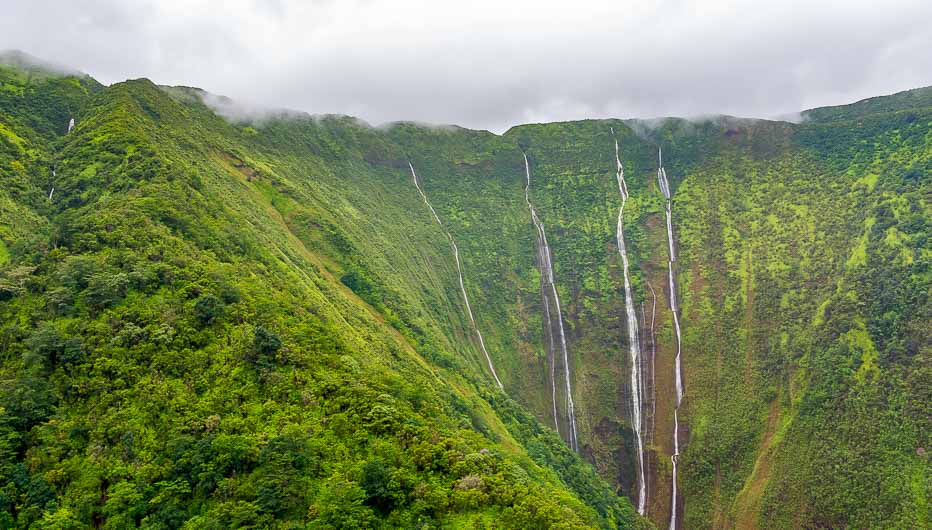 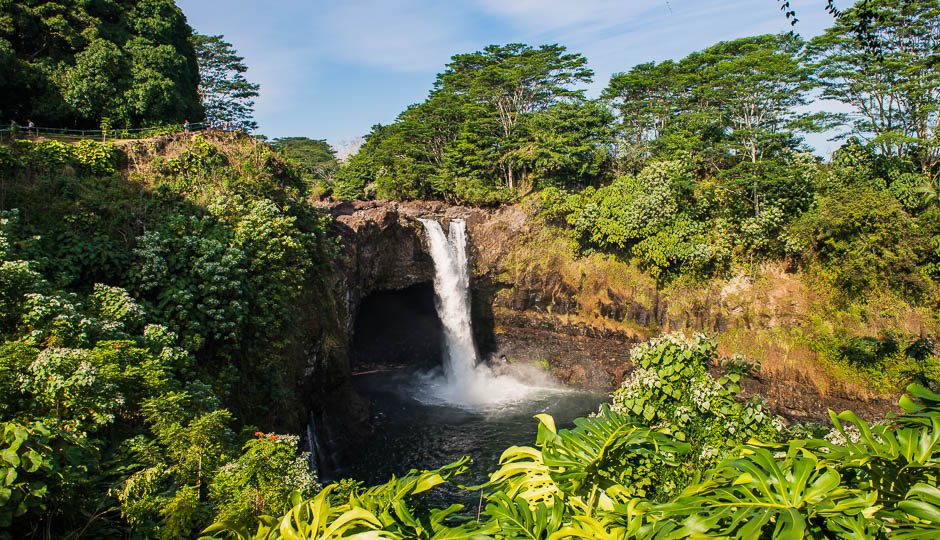 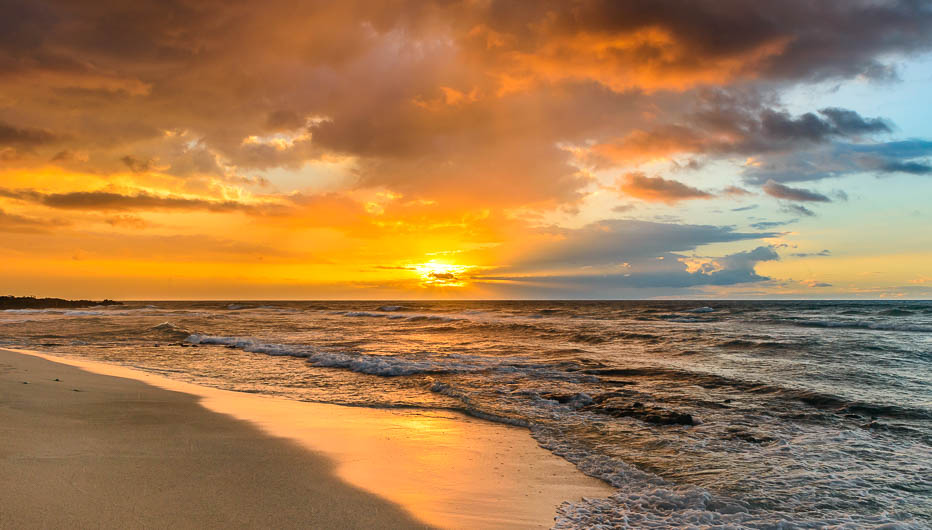 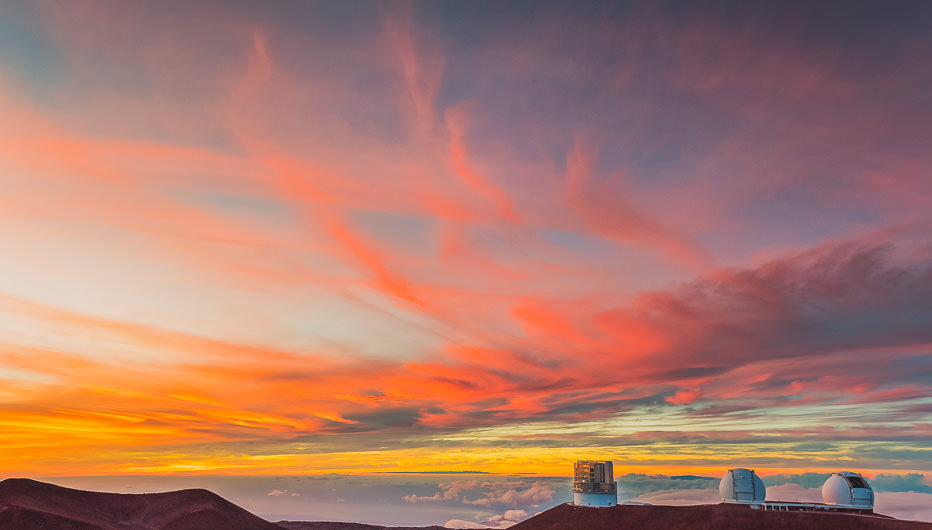 Four Seasons Resort Hualalai
World-renowned as a source of relaxation and indulgence, the Four Seasons Resort at Hualalai needs no introduction. Located on the beach with an extensive walking path, it’s a serene and meticulously manicured to photogenic perfection. Sea turtles often lounge on the sands along the resort’s northern beaches, so don’t let the view of the ocean and Mahewalu Point take your feet from under you.

Mauna Kea Summit
A dormant volcano that serves as the highest point in all of Hawaii, a nighttime venture up Mauna Kea will reward photographers with heavenly views of nature’s ceiling uninhibited by the cloud layer. Camping near the summit is available, so time-lapse photography and early dawn sunrises breaking through the clouds aren’t just possible, they’re basically mandatory.

Waimea
A rural, rugged area of the Big Island that more closely resembles Rocky Mountain farm and ranch land, Waimea isn’t quite what tourists have in mind when they think Hawaii. But taking a road trip across to the northern slope of Mauna Kea will reward you with views of rolling evergreen pastures, paniolos (cowboys) on horseback, and views of the lower slopes along Mauna Kea.

Hawaii Tropical Botanical Garden
Hawaii is home to many endemic species of plants and flowers, but without trekking through acres and acres of rainforest, you may not get the opportunity – or ideal light – in which to capture them. A visit to Hawaii Tropical Botanical Garden will fix that. Just a few miles north of Hilo on the island’s east side, the botanical garden is photographer friendly, includes over 2,000 species of plants, and even has its own waterfall at its border’s edge.

For over 15 years, Hula Daddy owners Lee and Karen Paterson have provided some of the world’s very best coffees in small batches, winning dozens of tasting awards along the way. 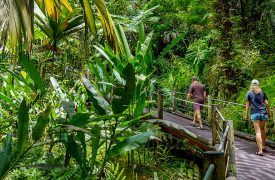