Whittington Beach State Park & Honuapo Bay Overview
Whittington Beach State Park is a beautiful shoreline overlooking Honuapo Bay. This area gives the visitor a powerful perspective on Hawaiian history with beautiful marine life thriving in its’ waters. Named after Richard Henry Whittington in 1948, this 82+/- acre park is popular with the locals on weekends, where families enjoy its outdoor amenities and ocean activities. The park is generally quiet on the weekdays.

Located on the southeast side of the Big Island of Hawaii, this location is a popular camping destination because of its shelters, bathrooms, abundant parking, picnic tables, showers and just about everything (except fresh drinking water). Fishing is one of the most popular activities on this beach, with fishermen coming to its shore for hundreds of years taking advantage of the abundant variety of sea life. Today, this area is visited frequently by Green Hawaiian Sea Turtles, synonymous with its designation as Honuapo, or “turtle cove”. 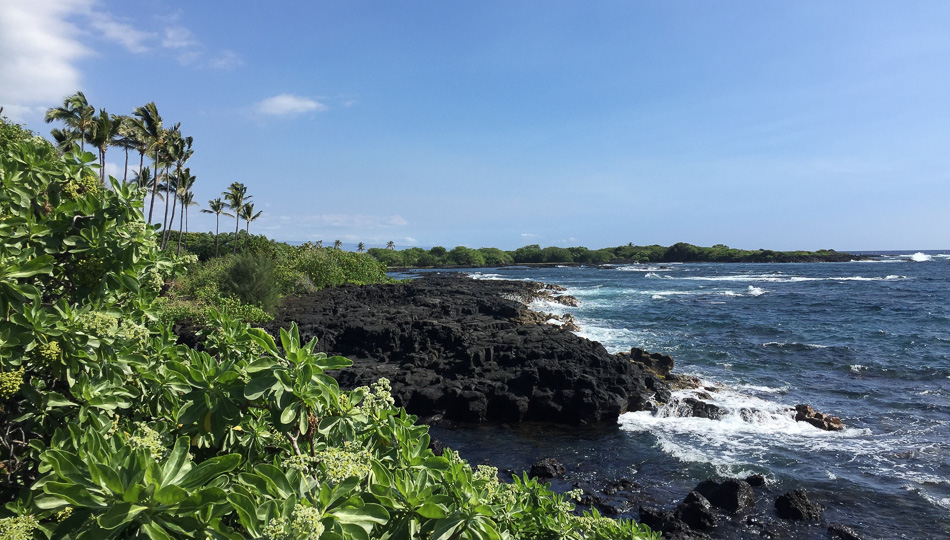 The fishponds framed by stone and cement walls allow for swimming next to the ocean and making for a very beautiful and scenic spot to sit and watch the waves. Most of the park’s shoreline is dangerous for swimming due to its rough tide, however, the tidepools offer a great alternative for those wishing to enjoy the water on a hot day.

Access & Directions
Entrance to the park leads way to a tributary of dirt roads. The rightmost, larger road continues to the parking lot of the park. Just past the lot are the covered shelters. To the right of the shelters are bathrooms and a shady area where camping is allowed by permit. The shelters are equipped with picnic tables with additional tables scattered throughout the park with cement fire pits for grilling. If you’re looking to cook, come prepared with charcoal and even a grate as some fire pits may be missing a grill.

Even though this park is smaller in scale compared to other shoreline parks, it is not patrolled. Keep your valuables with you, locked away and out of sight.

Honuapo Pier History
Those who come to Whittington Beach Park will observe a decrepit pier extending out from the exposed shore, a grave reminder of the power of mother nature and the warfare which took its toll in the area. The first Honuapo Pier was constructed in the 1800s. By the time Europeans arrived in this area, Honuapo Bay was a successful fishing village.

A drought in the 1840s dealt a powerful blow to the village as well as an earthquake and subsequent tsunami in 1868 decimating what was left. By the 1880s, the commercial port was resurrected providing a place for fishing ships to dock and the railroad to unload their commercial goods for export. In the 1930s, the port supported the nearby Hutchinson Sugar Plantation.

After Pearl Harbor was bombed on December 7, 1941, the U.S. military, fearful that the Japanese would land their troops on the Big Island’s shores, attempted to minimize landing options by bombing Honuapo Pier. This historical shoreline has been the topic of many proposed business renaissances since, but its natural attractions of teeming native fish, swimming estuaries, camping areas and history have persevered.

One of the best and most visible names in luxury resorts, the Four Seasons Hualalai is an opulent choice for a luxurious Big Island getaway. 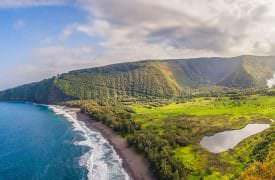 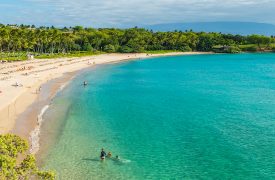