Located between Pahala and Naalehu on the southeastern Kaʻu coast, you will discover Punaluu Black Sand Beach. This is one of the most renowned Black Sand Beaches in the Hawaiian islands; distinguished for its aqueous geology, basaltic beauty, endangered species of wildlife and Hawaiian history. As the Kaʻu side of the island is exposed to strong ocean currents, it isn’t always the best conditions for swimming, but it is a sightseer’s dream. 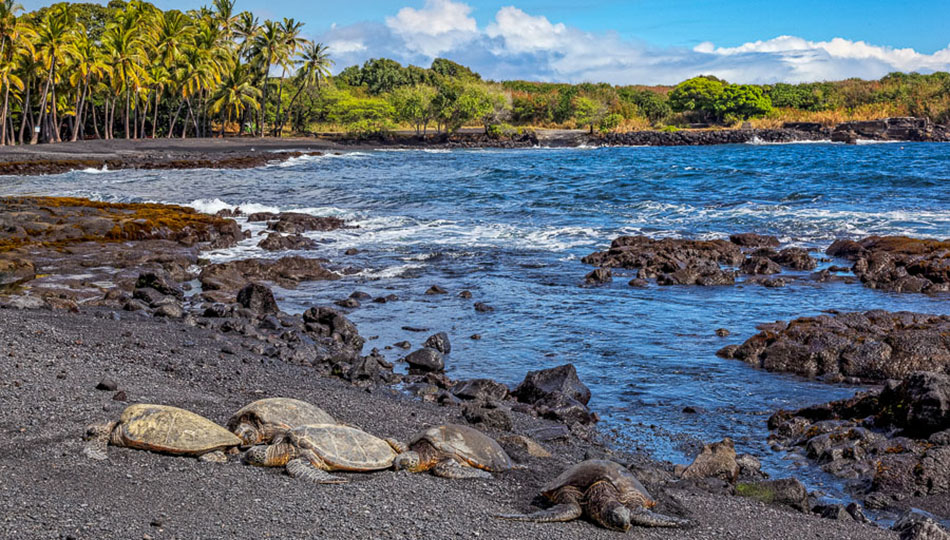 In the Hawaiian language puna luʻu means “spring (water) diver for”. Unique to Punaluu within its aqueous environment is a large amount of underground fresh water that flows into the bay. Legend has it that in times of drought, the ancient Hawaiians would free-dive in Punaluʻu’s ocean waters with gourd vessels to collect fresh water. 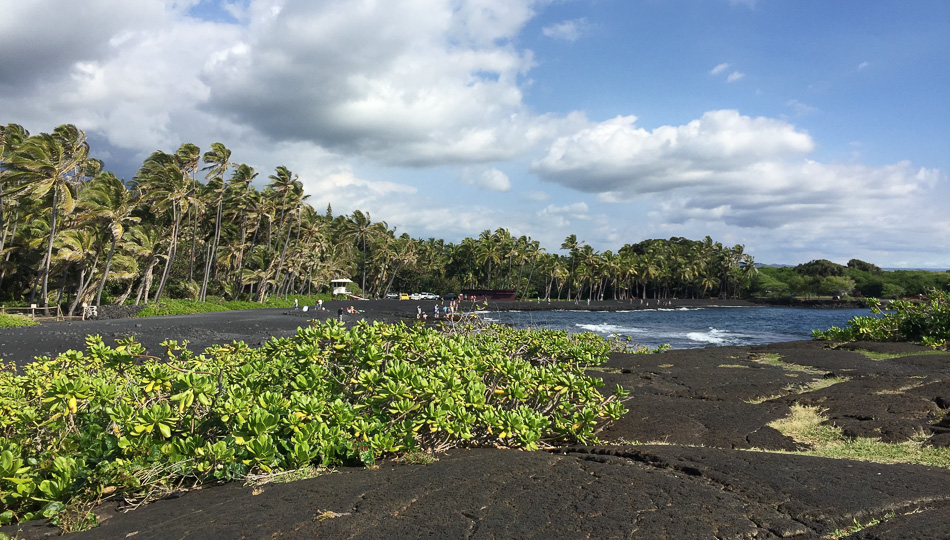 Designated as a genuine black sand beach, Punaluʻu is made from basalt sand formed from the rapid cooling of basaltic lava hitting the ocean water then shattering into tiny fragments. The lava continues to be broken down and the waves push the glassy sand back to shore forming a beach. This creates a beautiful, jewel like, shimmering beach.

If it is calm out you can swim or snorkel in the bay. The northeastern end of the beach has minimal lava rocks at the water’s edge allowing for easy entry. Water shoes are recommended because of the rocky bottom. You may even find the nearby boat ramp, next to the ruins of the old pier, a better route for entry into the water. Complimenting its shoreline is a freshwater tidepool perfect for wading and cooling down. 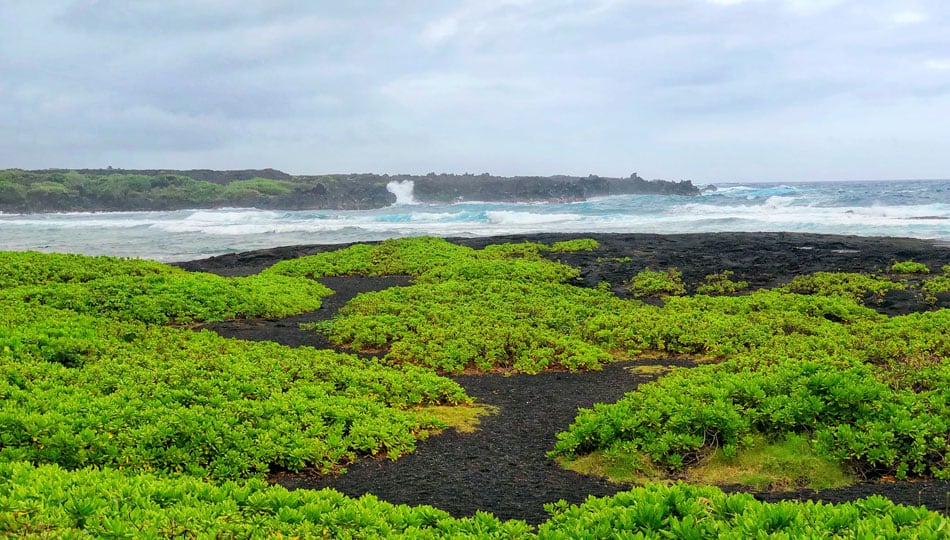 Swimmers should keep in mind that there is a strong rip current that runs out the boat channel into the open ocean. We recommend if the surf is up, you should avoid swimming here altogether and just enjoy the beach. Behind the beach lies a freshwater pond with waterlily plants providing a good photo opportunity and adding to the already amazing atmosphere. 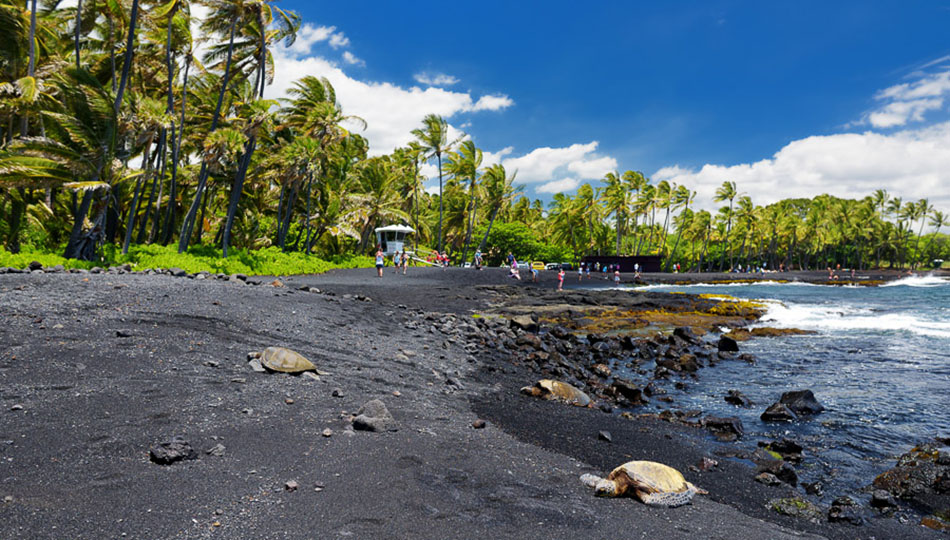 Referred to as the rarest sea turtle inhabiting the Pacific Ocean, the Hawksbill Turtle is a federally listed endangered species. Biologists estimate fewer than 100 Hawksbill Turtles inhabit the Hawaiian Islands, of which an approximate 60-70 call the Big Island home. The Green Sea Turtle was nearly depleted in the 1960’s and is also on the endangered and threatened species list.

Sea turtles are not to be touched, as their immune system is unprotected against human bacteria. Its requested to keep a 10-15-foot distance from them. Allow them a clear path and never block their access to land or sea. Other rare and endangered native animals at Punaluʻu are the Hawaiian monk seal and the Hawaiian hawk (Io) that nests in the trees overlooking Punaluʻu’s shore. 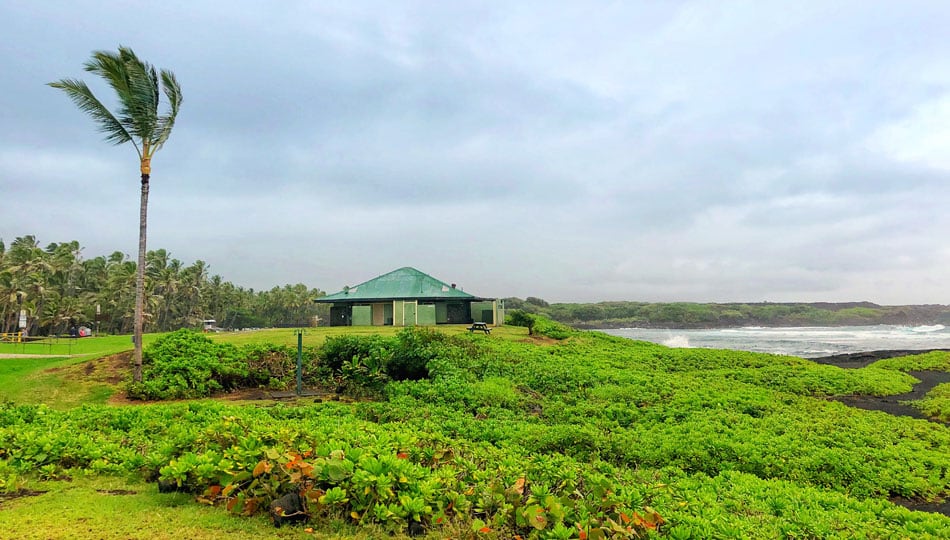 The beach is remote yet easily accessible, around 67 miles south of Kailua-Kona, a two-and-a-half-hour drive from Waikoloa, and around an hour drive south of Hilo. Driving from Kailua-Kona, you will pass through the famous Kona coffee belt, making a great opportunity for a farm tour and a taste of a cup of 100% Kona coffee. Punaluu Black Sand Beach is a popular stop on the way to Volcanoes National Park. 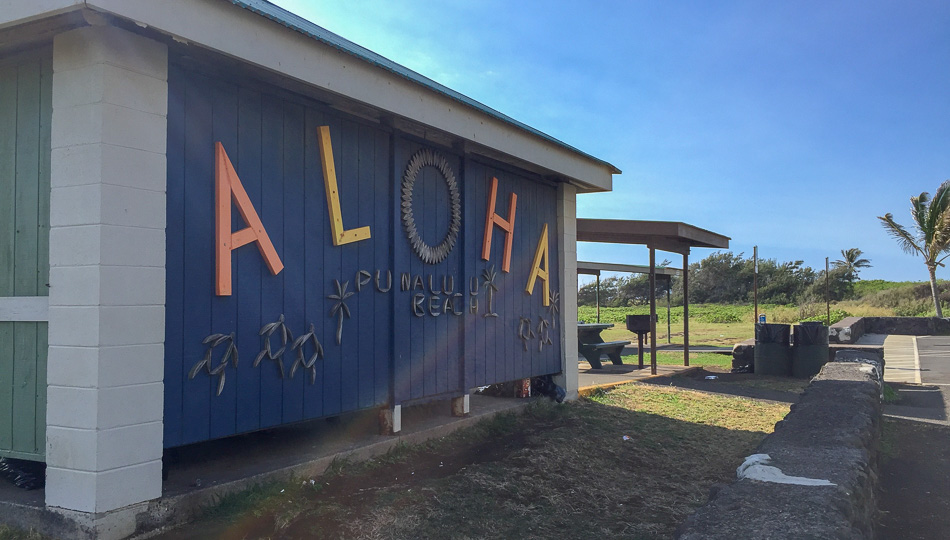 Entry to Punaluu Black Sand Beach Park is off of Highway 11 just past the 55-mile marker. Day camping is permitted at Punaluu Beach Park with a permit. No animals/pets, open fires or removal of sand, rocks or plants.

Scholars interpret the site was multi-functional, serving as a place of ancient Hawaiian offerings, tributes, and a communications dispatch and port location. As early as 1833, Christian missionaries arrived leaving a distinct architectural stamp on the area. Perched above Punaluʻu you will find the Hōkūloa Church, a Memorial Chapel and graveyard built near the birthplace of Henry ʻŌpūkahaʻia) who influenced Christian missionaries that forever changed Hawaii.

To the south lies Kaʻieʻi.e. Heiau. Considered as a fishing temple built on a cliff over the ocean’s expanse. Today, several walls and a raised stone platform are all that remain of it. Another important cultural feature is the Ala Kahakai National Historic Trail that served as a link between Hawaiian ritual centers and coastal communities. The ala kahakai was thought to be the original route taken by the God Lono, ancient God of fertility and agriculture, from North Kohala (near Hapuna Beach) to the southernmost tip of the island and then windward along the Kaʻu coast to Puna.

As the Ka’u area faces the open ocean, another historical fact about Punalu’u is that its shores have suffered severe tsunami erosion striking the area in 1868, 1960 and 1975. The first tsunami with reported waves as high as 100 feet destroying nearly every shoreline community from South Point to Kumukahi. The residents joined together and rebuilt the village at Punalu’u and in the 1880s, a pier was built to transport the harvested sugar cane via interisland steamships. With the advancement of the automobile, roads were then constructed transporting goods, and the Punalu’u pier was abandoned and Hilo became the Big Island’s main port.

A favorite for Big Island locals, this is a stunning, remote beach with gorgeous white sand and incredible views. 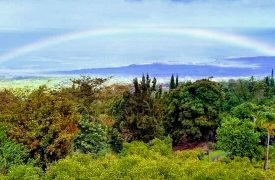 With beautiful suites and private bathrooms, the Aloha Guest House Bed and Breakfast is the perfect destination for a romantic Big Island getaway. 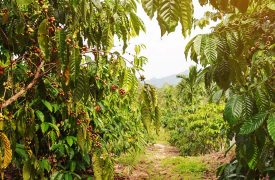 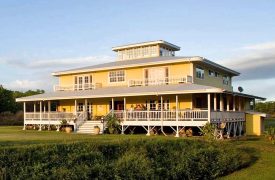 Kalaekilohana Bed and Breakfast in Kau

A luxurious and quaint bed and breakfast along the southern region of Kau, the Kalaekilohana Bed and Breakfast makes for a relaxing stay in a remote area.